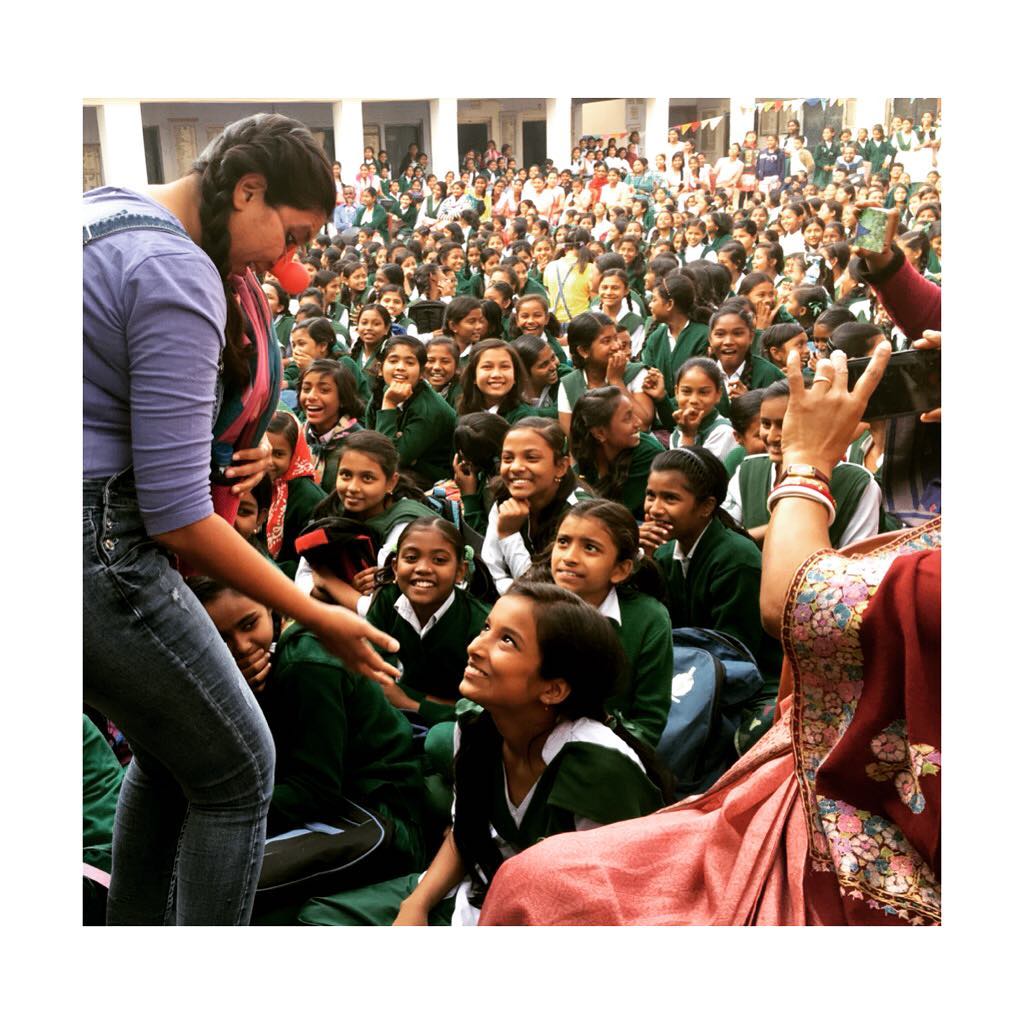 Peanuts for the Sellers of Magic Beans

The other day, I had an enlightening conversation with my two-year-old niece. Our conversations have levelled up from being in philosophical gibberish to philosophical Marathi these days and I couldn’t be happier about it. We were sitting on our balcony staring at the sky when I found that the little child was unusually quiet. She was staring at nowhere for some time. First I thought she was mimicking me, which she does quite a lot these days. But then I realized, she was lost in her thoughts. So I asked her what she was thinking about. Now those of you who know Marathi would know that the acts of thinking and asking are conveyed through the same word – vichar. “Aga kasla vichar kartyes?” I asked. Now, this little girl wasn’t familiar with the other meaning of the word. So she instantly thought that I was asking her what she’s asking. “Kunala?” she retorted – To whom? I couldn’t help but laugh. Then I asked her what’s on her mind. “Kay chalue dokyat?” To which she was terrified because she thought something was running on her head. So I just hugged her and let her ponder upon whatever urgent matter she was dealing with. But I thought to myself, how wonderful it is that we start thinking before understanding what thinking means. Then she pointed out to a person on the road from our balcony and asked me where that uncle was going. I said I didn’t know. She seemed disappointed with that answer. I doubt she believed me. I don’t blame her for that. I remember believing that adults know everything.

A friend once told me about a funny situation she was caught up in. She was bathing her 3-year-old son and he began to cry. He was furious and he was crying. She asked him what happened. He pointed towards the sinkhole. “Someone’s taking away the water. I want it back!” She didn’t know what to do to distract the child. She asked me, “Now how am I supposed to explain to my little one the law of gravity when he’s only three?”

It’s miraculous and wonderful to see little children ask questions about big things. This statement applies to the elder ones too. They believe in strange ideas and don’t buy the most obvious ones. That’s what makes them the most unpredictable and most challenging audience to perform for. They will surprise you by laughing in moments where you didn’t expect laughter or react to moments that you didn’t expect them to understand. Yet, oftentimes, they would not even react in moments where you had thought they surely would.

I was working on a story with some sixth graders. We were working on folk stories. In every drama class, we read one folk story and dramatised it in groups. The story for that session was a Chinese folktale commonly titled ‘Emperor’s New clothes.’ For those of you who don’t know, it’s about an emperor who is obsessed with buying new clothes. He’s a true connoisseur of textile. One day two thieves come to the palace and tell him that they have a unique ability to weave gold and silver and gems and riches into a cloth that fools can’t see. Everyone in the kingdom, including the king, pretends that they see the cloth for the fear of being taken as fools. He pretends to wear it and goes out on a small parade. When I asked my students what they thought the story was about, many students said that they think it’s about a king who got fooled by two cunning thieves. But one girl said to me that she thinks it’s about a man who decided to believe in a unique idea and then when he realised that he was deceived, tried to get out of the bad situation with confidence.

How sad would it have been had I told her what the supposed moral of the story was? Her question made me think more about this. What content do we let our children consume? Is it really what they need or only what we want them to need?

Content for children is usually looked down upon. Stories that adults don’t find interesting are handed over to them like hand-me-down clothes. Now hand-me-down clothes are wonderful. They are more comfortable than the newer ones. But I wouldn’t agree with the same about content. It is either that, or the widespread belief that people who can’t create content for adults end up doing it for children. How hard must it be to write for children? What’s the big deal in building a performance that a child can enjoy? How hard must it be to write textbooks? People underestimate the power of children’s literature, of children’s theatre just as much as they underestimate the work done by people who work with children. Stories have power. Theatre has power. And that’s why children should receive content that is nourishing enough for their minds and souls. That which fulfils the needs of both entertainment and knowledge likewise.

Neil Gaiman once quoted C. S. Lewis saying, “There is no such thing as writing for children.” I would like to re-quote him in a broader sense. C. S. Lewis probably believed that he wrote, and people decided that it was for children! I believe it is the same for theatre. A theatre performance that is devised for a younger audience shouldn’t ideally be something that is put down to them by the adults. Adults should be able to enjoy it just the same. If you can’t find it interesting, it’ll be wrong to expect them to find it interesting too.

As easy as it is to bring your content to the market of little people willing to buy anything you present, the biggest challenge is sustaining their attention. I once attended a wonderful performance of Hansel and Gretel for children at a literary festival. The storyteller was surrounded by little children like honey bees on a honeycomb, all of whom had taken the liberty of interaction very seriously. Every time the story went a little further, they’d ask her completely unrelated questions that were haunting them so badly, they needed the answers right away. And her? She was answering only what was necessary to take the story forward without hurting any little mind. The performance was thrilling. One boy ,in particular, was persistent in asking a question and she realized how important the question was for him. The performer wisely chose her words to make sure he got the answer and also made him realise that the question was a little out of context, without hurting him. She wasn’t only following rules, she also knew when to break them.

Many people work with children in various ways; as parents, teachers, caregivers, facilitators, and content creators. They struggle with this common issue of not knowing what is meant for children and what is not. I’d say that the best way of doing the right thing is knowing that there is no right thing. Working with children is a mysterious, magical, wonderful, tough, and mind-boggling voyage and if you are sailing it, you should know that you have a gift. We see a lot of advertisements for protein powders promising the right kind of nutrients to children. We always worry about nutrition for the body but nutrition for the mind is just as important. If children get just what their minds and souls need, I can’t wait to see how beautiful the world would become.

So does that mean explaining the law of gravity to a 3-year-old is necessary? Absolutely! Does giving psychology, sociology and philosophy lessons to school-goers count? Yes, anything and everything their minds and souls need. Does accepting your mistake when they have caught you go wrong count? Yes. It does.

How funny is it that the makers of content for small people have to ensure that they create content that also appeals to the parents that decide if it is suitable? Parents, teachers and everyone who helps reach content to children play a very important role in what a child consumes. We control what our child sees and reads and listens to. This is one of the primary reasons why a lot of content creators end up doing things that will please the controllers of content. I won’t blame them. Everyone has their bills to pay. It is, however, important to keep our priority the nourishing of young minds and souls. That’s where a greater future for this beautiful world lies.