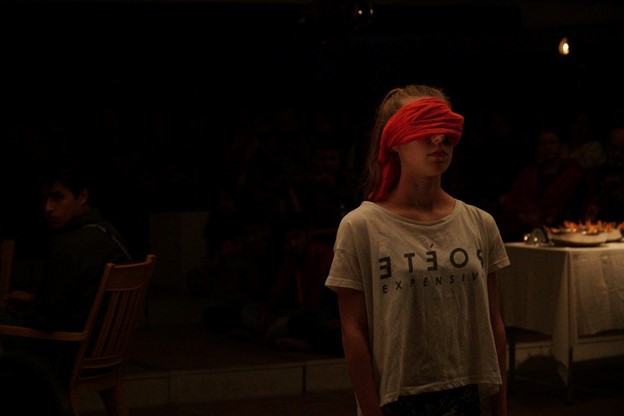 All the Whole World – Our Stage?

Indian theatre and other performing arts have always been rooted in tradition. Performed in various Indian languages and in English, theatre in India today has immense diversity and potential. Younger artists are now addressing issues such as identity crises and the thematic handling of postmodernist angst. We take pride in our cultural roots, but funnily enough, we don’t do much to take these far on an international level, aside from the practices of tokenism. Contemporary modern Indian theatre longs to break away from these practices and create a space for itself, yet it often finds itself in a half-hearted effort to rebel against that which it does not truly understand. Our identity on the global stage is a confused, scattered truth, and while it understandably stems from the lack of a structured “Indian identity,” it also requires immediate attention to ensure continued growth in a fast-changing reality.

In the process of representing cultures and communicating this representation across cultures, some features are identified as ‘hallmarks’ of a particular culture. One needs to approach this representation with an open but wary mind and take note of the various nuances of cultures. Global understanding stems from an open-minded approach to the local truths. This approach is a part of the wider curiosity that we as artists must perpetually hold onto, not just to be able to create together but also to be able to learn from one another. Despite our differences in ethnicity, religion, race and access, we are artists who are devoted to a single goal – to create art. World Theatre Day was initiated in 1962 by the International Theatre Institute (ITI), an initiative of UNESCO. It started with 12 centres and now it has more than 90 centres around the world. Today World Theatre Day is celebrated to encourage the globally shared spirit of theatre.

When we create a performance, we want to present it in our town, we want to present it in Pune, in Mumbai, eventually in different parts of the country. On the same lines, what stops us from taking our ambition international? We share our work with people because we believe maximum people deserve to witness our art, as do we deserve to share it with them. Yet our imagination, ambition and faith is often limited by these physical and political borders. Similarly, a great need is also felt for initiatives to bring in international perspectives into the Indian theatre scene. The number of international theatre festivals that take place consistently in India today is a mere handful.

To be a global citizen is a responsibility, and it is also the need of the hour. The modern Indian theatre community is facing a crisis that it is refusing to address. One of the main reasons for this crisis, I believe, is a lack of enthusiasm for international collaboration and a global outlook. We are unable to reinvent ourselves, and we will never be able to truly do so if we refuse to expand our horizons. The advent of social media and other technologies is, without a doubt, a boon for all industries as well as the performing arts, but it is also far from enough. As artists, we still face questions of access, opportunity and networking that will not be solved without initiative. I do not claim international collaboration will rid the theatre community of all its problems, but I do believe that inviting performers from other countries, cultures, ethnicities and offering local students of theatre – formal and informal – an opportunity to view and learn from these artists will sometime, somewhere down the road create inspiration that is otherwise fairly unimaginable.

Over a  century ago, we struggled to formulate an Indian identity. Today, alongside this challenge, we must also forge a greater global identity for ourselves that is not based on mere tokenism but on an adventurous, curious and ambitious outlook.

One reply on “All the Whole World – Our Stage?”